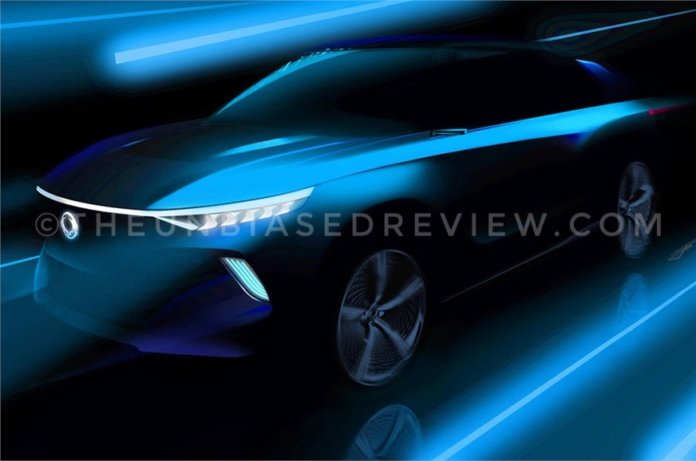 Ssangyong- a Mahindra owned korean car brand is to build a C-segment SUV to rival the likes of Nissan Qashqai and Seat Ateca. The e-SIV concept (electronic Smart Interface Vehicle) will be revealed at the Geneva motor show.

The e-SIV shows the Ssangyong’s future styling designing cues, with slim headlights at front and a rear light bar-matching the current trends. This styling can already be seen in the Rexton. However, the e-SIV will sit below the Rexton. The concept will also showcase Ssangyong’s latest connectivity technology and autonomous systems.

Under the hood is a 188 hp electric motor, which powers it to a top speed of 150kph. The e-SIVs range is claimed to be of 449km, putting the car 21km down from the upcoming Hyundai Kona EV ( making its debut at the Geneva motor show). It also comes with a 50 minute fast charge support that charges the vehicle to 80%.

The concept is expected to become the production version of the car and probably will replace the Korando. The korean carmaker’s first electric SUV or i should say- the e-SIV will going to compete with the Kona EV and be based on the Tivoli. It is expected to arrive before 2020.