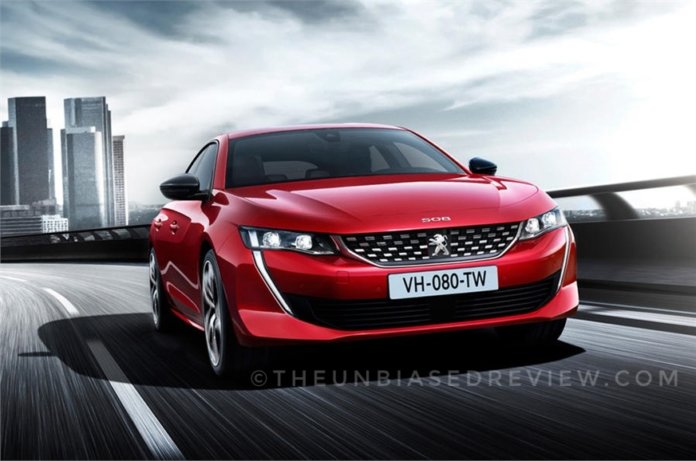 You all love luxury cars, Right? Yesterday, we wrote about Ferrari 408 Pista. And today we have one more luxury car brand Peugeot.

Peugeot, the french car maker has switched its 508 from sedan to a fastback bodystyle for its second-gen model. The updated 508 gets a new five-door body in comparison to previous model’s four-door body. The second-gen 508 derived is styling from the Instinct shooting brake concept, displayed at the 2017 Geneva motor show.

The light bar at the rear features LED lights and again, it is borrowed from the Instinct concept. The front-end styling is more aggressive, and the whole car has a fresh body style than the outgoing 508. The second-gen 508 has sharp and sculpted lines that make the 508 much better looking.

Under the bonnet, the engine range is topped by a 225 horsepower, petrol-engined variant, although a total of six petrol and diesel engines are on offer. The entry-level gets a 130hp, 1.5-litre diesel unit (the only 508 available with a manual gearbox). 160hp, 2.0-litre and 180hp diesels also feature, as does a 2.0-litre 178bhp petrol engine. Hybrid version of the car is also expected.

Other highlights of the upcoming 508 include a dozen of driver assistance systems, an infrared camera integrated into the car’s pedestrian detection system, Peugeot’s second-generation i-Cockpit system with a 10-inch central touchscreen and a 12.3-inch TFT display which replaces conventional dials behind the steering wheel. The boot capacity on the sedan is also increased by approximately 12 percent.

The platform on which the car is made remains the same. The PSA EMP2 platform which is the backbone of many of the company’s models, including the 3008 and 5008 SUVs, Vauxhall Grandland X and Citroën Picasso MPVs.