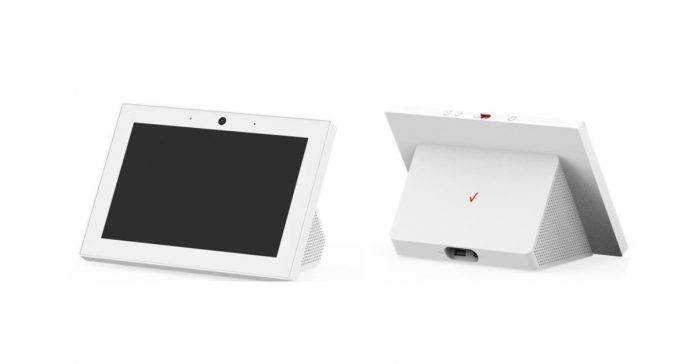 As stated by Friday’s submission to the Federal Communications Commission, Verizon is about to launch a smart display device that is assumed to be based on Amazon’s Alexa Voice Assistant.

The device will be an 8-inch display which makes it look similar to Amazon’s Echo with a front-facing camera and has 4GB of RAM, 16GB of storage, and will have some features like Bluetooth, wi-fi, and 4G connectivity.

Similarly, like Alexa’s function, Verizon will wake up only by saying “Hi Verizon” making it part of the Amazon Alexa Custom Assistant Program. This will help them to build their own Alexa for their own purpose and features and version.

The look of the user interface on the screen of the device is yet to be seen.

Recently, Verizon has acquired Blue Jeans which is a video conferencing platform. According to reports of filing of FCC, this device will also support Blue Jeans.