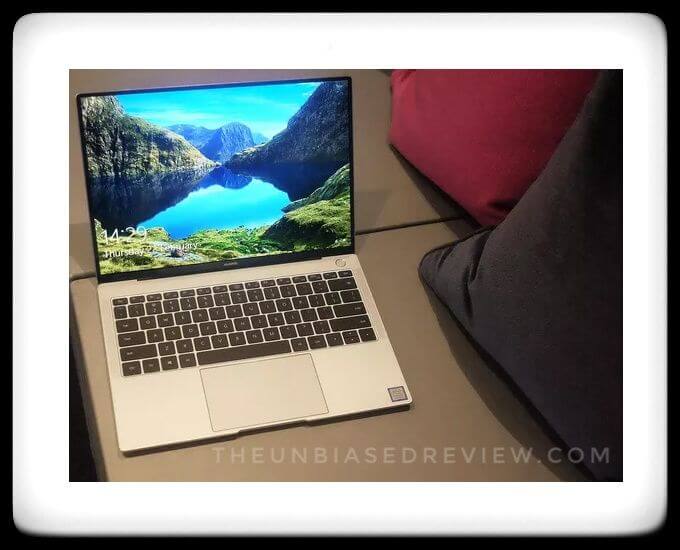 Huawei is trying hard to directly challenge the dominant smartphone players Samsung and Apple. And now the Chinese firm is going after laptops with the MateBook X Pro-attempting to out- the MacBook Pro. Huawei isn’t bringing a new flagship phone to MWC this year, but it does have trio of large-screened devices to show-off.

The new thin and light laptop follows the Huawei’s MateBook X launched back in 2017, and looks strikingly familiar to Apple’s top-of-the-line notebook, with an aluminium body that’s available in “space grey” – just like the MacBook Pro – a chiclet keyboard and large trackpad.

But it has a 14-inch 3K LTPS screen that the company hopes to sell the MateBook X Pro, Huawei says, it manages to fit into the body of a more traditional 12-inch laptop. 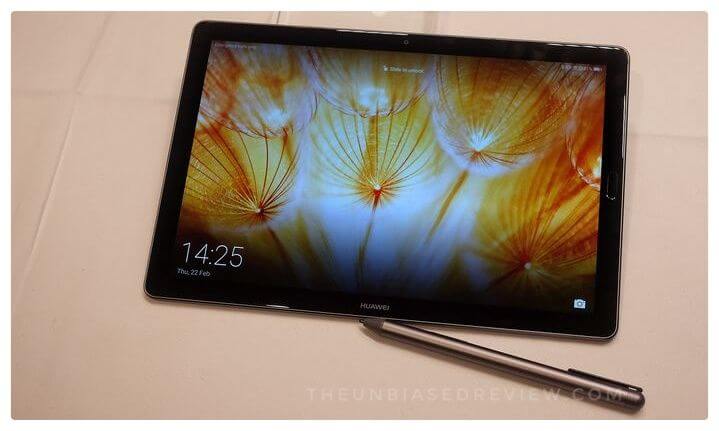 “The MateBook X Pro has the world’s first full-view screen in a notebook, featuring a massive 91% screen to body ratio, which is down to the amount of engineering work we’ve done to reduce the bezels around the display,” said Peter Gauden, senior product marketing manager for Huawei. “With a 178-degree viewing angle range, if you’re working on confidential documents on a plane or train you’re going to have to invest in a privacy screen because everyone is going to be able to see what you’re working on – it’s that good.”

The MateBook X Pro comes with the latest and trending Intel 8th generation quad-core i7 U series processor, with upto 16GB of RAM and an Nvidia MX150 graphics processor with 2GB of memory. Supports Thunderbolt 3, and has two USB-C ports, a USB-A port and headphones jack, squeezed into a wedge shape that tapers from 16.6mm to 4.9mm. The notebook weighs 1.33kg.

The power button doubles as a fingerprint sensor, which company says will start and securely log into Windows from cold in under eight seconds. It also has four speakers – two treble speakers at the back and two bass speakers at the front – supporting Dolby’s Atmos sound system. 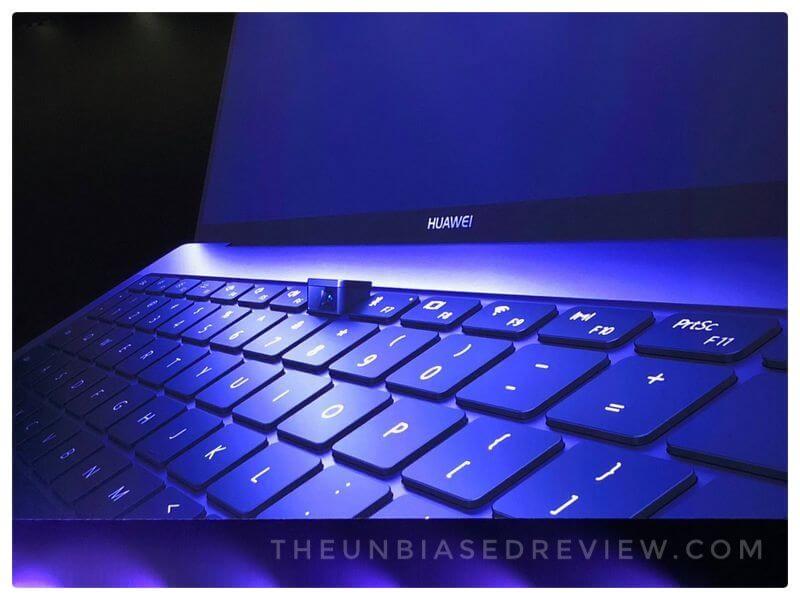 As i mentioned above, the spill-proof chiclet keyboard resembles the Apple’s MacBook Pro, but has a trick- a recessed camera that hides under a key in the centre of the top function row.

Gauden said: “It’s hidden away so you can be completely comfortable with your privacy concerns over cameras – just pop it up when you want to use it.”

Huawei promises the battery life of the MateBook X Pro at 12 hours of video playback and is going to sell the machine with a new compact 65W USB-C charger, which is about the same size as smartphone fast chargers, describing it as “intelligent enough to charge anything safely”. Impressive right?

Huawei also announced three new MediaPad M5 Android tablets along with the laptop. One with an 8.4-inch screen size and two larger 10.8-inch versions including a “Pro” model that ships with a stylus. All three tablets have 2K resolution LCD screens, Harman Kardon speakers and at least 10 hours of battery life for video playback.

All three tablets will also run Huawei’s own EMUI 8, which is based on Android 8 Oreo, with the two larger models capable of attaching to a keyboard case and presenting a desktop-like Android experience.